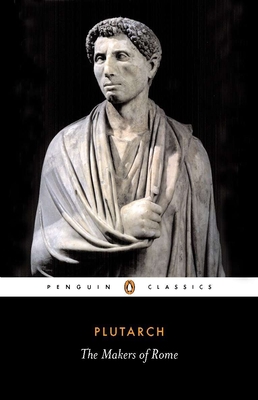 Nine biographies that illuminate the careers, personalities and military campaigns of some of Rome's greatest statesmen

The lives of the statesmen featured in this collection span the earliest days of the Republic to the establishment of the Empire. Selected from Plutarch's Roman Lives, they include prominent figures who achieved fame for their pivotal roles in Roman history, such as soldierly Marcellus, eloquent Cato and cautious Fabius. Here too are vivid portraits of ambitious, hot-tempered Coriolanus; objective, principled Brutus and open-hearted Mark Anthony, who would later be brought to life by Shakespeare. In recounting the lives of these great leaders, Plutarch also explores the problems of statecraft and power and illustrates the Roman people's genius for political compromise, which led to their mastery of the ancient world.

Plutarch's life spanned the second half of the 1st century AD. He was highly educated in rhetoric and philosophy at Athens but his deep interest in religion led him to Delphi, where he was eventually appointed a priesthood. He travelled, most crucially to Rome, where he lectured and made friends of considerable influence. He wrote and taught throughout his life.

Ian Scott-Kilvert was the director of English Literature at the British Council and the editor of Writers and their Works. He has tranlsated three other of Plutarch's works for the Penguin Classics. He died in 1989.