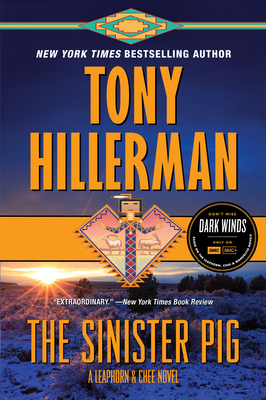 This is book number 16 in the A Leaphorn and Chee Novel series.

Legendary detectives Leaphorn and Chee must battle uncooperative feds as they hunt for a clever murderer in this classic mystery from acclaimed New York Times bestselling author Tony Hillerman.

Sergeant Jim Chee of the Navajo Tribal Police is troubled by the nameless corpse discovered just inside his jurisdiction, at the edge of the Jicarilla Apache natural gas field. More troubling still is the FBI’s insistence that the Bureau take over the case, calling the unidentified victim’s death a “hunting accident.”

But if a hunter was involved, Chee knows the prey was intentionally human. “Legendary Lieutenant” Joe Leaphorn agrees. Once again he’s is pulled out of retirement by the possibility of serious wrongs being committed against the Navajo nation by the Washington bureaucracy. Yet it is former policewoman Bernadette Manuelito, recently relocated to Customs Patrol at the U.S.–Mexico border, who possibly holds the key to unlocking a fiendishly twisted conspiracy of greed, lies, and murder . . . and whose only hope for survival now rests in the hands of friends too far away for comfort.