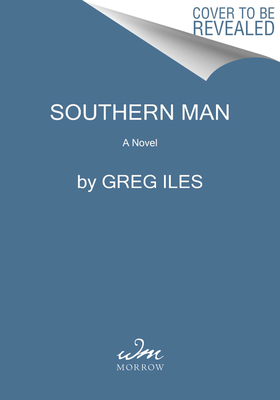 This is book number 7 in the Penn Cage series.

The hugely anticipated new Penn Cage novel from the #1 New York Times bestselling author of the Natchez Burning trilogy and Cemetery Road, about a man—and a town—rocked by anarchy and tragedy, but unbowed in the fight to save those they love.

Fifteen years after the events of the Natchez Burning trilogy, Penn Cage is alone. Nearly all his loved ones are dead, his old allies gone. But Penn’s self-imposed exile comes to an abrupt end when a brawl at a Bienville music festival triggers a shooting—one that nearly takes the life of his daughter Annie.

Before the stunned populace can process the tragedy, an arsonist begins torching antebellum plantation homes in Bienville. When an unknown Black group claims the fires as acts of justice, panic ensues, driving the Mississippi River town to the brink of war.

When Penn’s closest friend in Bienville is shot to death on the street by a county deputy, mass protests ignite, and the community descends into open hostilities. State and county politicos use the mayhem as an excuse to dissolve the city government and seize control, and enraged activists begin converging on the town from far-away states to see their own brand of justice done.

In Southern Man, Greg Iles returns to the riveting style and historic depth that made the Natchez Burning trilogy a searing masterpiece and hurls the narrative fifteen years forward into our current moment—where America teeters on the fence between anarchy and salvation.

Greg Iles spent most of his youth in Natchez, Mississippi. His first novel, Spandau Phoenix, was the first of thirteen New York Times bestsellers, and his new trilogy continues the story of Penn Cage, protagonist of The Quiet Game, Turning Angel, and #1 New York Times bestseller The Devil’s Punchbowl. Iles’s novels have been made into films and published in more than thirty-five countries. He lives in Natchez with his wife and has two children.

“An ambitious stand-alone thriller that is both an absorbing crime story and an in-depth exploration of grief, betrayal and corruption… Iles’s latest calls to mind the late, great Southern novelist Pat Conroy. Like Conroy, Iles writes with passion, intensity and absolute commitment.”
— Washington Post on Cemetery Road

“Pure reading pleasure. This guy knows the deep south as well or better than any other novelist.”
— Stephen King on Cemetery Road

“Iles… has made Mississippi his own in the same way that James Lee Burke has claimed Cajun country and Michael Connelly has remapped contemporary Los Angeles… They will be talking about this one for a quite awhile.”
— Booklist (starred review) on Cemetery Road

“It is impossible to turn away. It’s like binge-watching your favorite TV drama, and you don’t dare take your eyes off the screen for fear of missing out on another revelation. Cemetery Road is full of them.”
— Bookreporter.com

“Imagine William Faulkner and Stieg Larsson had a love child. Natchez Burning combines the pace of Larsson’s The Girl With the Dragon Tattoo with a Faulkneresque, bone-deep knowledge of Mississippi in all its beauty and racial torment.”
— AARP Magazine

“Every single page of Natchez Burning is a cliffhanger that will keep you devouring just one more chapter before you put it down to eat, work, or go to bed.... This ambitious, unique novel is the perfect marriage of a history lesson and a thriller.”
— Jodi Picoult

“Iles carries it off with style, intelligence and passion...The Bone Tree is filled with menace, betrayal, [and] unexpected plot twists. . . [and] is a very American epic-in-progress that leaves us waiting, none too patiently, for whatever revelations are still to come.”
— Washington Post