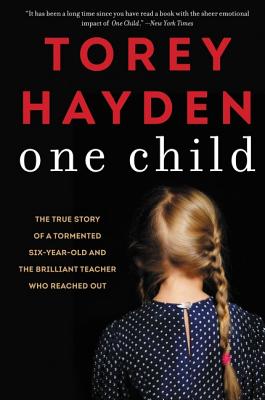 "It has been a long time since you have read a book with the sheer emotional impact of One Child." --New York Times

The true story of a tormented six-year-old and the brilliant teacher who reached out.

Six-year-old Sheila never spoke, she never cried, and her eyes were filled with hate. Abandoned on a highway by her mother, unwanted by her alcoholic father, Sheila was placed in a class for emotionally disturbed children after she committed an atrocious act of violence against another child.

Everyone said Sheila was lost forever, everyone except her teacher, Torey Hayden.

Torey fought to reach Sheila, to bring the abused child back from her secret nightmare, because beneath the rage, Torey saw in Sheila the spark of genius. And together they embarked on a wondrous journey--a journey gleaming with a child's joy at discovering a world filled with love and a journey sustained by a young teacher's inspiring bravery and devotion.

Torey Hayden is an educational psychologist and a former special education teacher who since 1979 has chronicled her struggles in the classroom in a succession of bestselling books. She lives and writes in the U.K.

“Page after page proves again the power of love and the resiliency of life.”
— The Los Angeles Times

“It is really, in its essence, about all children everywhere. . .who need the miracle of unconditional love this young teacher was willing and able to give. I wish all teachers and parents. . .would read this book.”
— Eda LeShan, author of In Search of Myself and Other Children

“A testament to the powers of caring and commitment.”
— Publishers Weekly

Praise for Torey Hayden: “Torey Hayden deserves the kind of respect I can’t give many people. She isn’t just valuable, she’s incredible. The world needs more like Torey Hayden.”
— Nickolas Butler, internationally bestselling author of Shotgun Lovesongs and The Hearts of Men