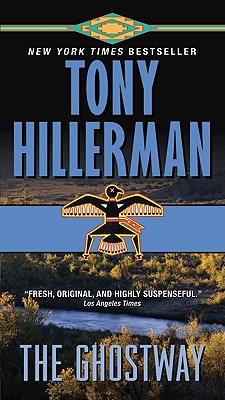 This is book number 6 in the A Leaphorn and Chee Novel series.

“One of the best of the series.”—New York Times Book Review

Old Joseph Joe sees it all. Two strangers spill blood at the Shiprock Wash-O-Mat. One dies. The other drives off into the dry lands of the Big Reservation, but not before he shows the old Navajo a photo of the man he seeks.

This is all Tribal Policeman Jim Chee needs to set him off on an odyssey that moves from a trapped ghost in an Indian hogan to the seedy underbelly of L.A. to an ancient healing ceremony where death is the cure, and into the dark heart of murder and revenge.

“One of the best of the series.”

“A first-rate story of suspense and mystery.”