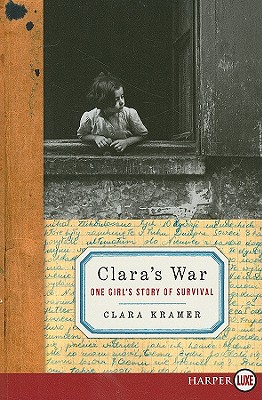 By Clara Kramer, Stephen Glantz
Out of Print

“A superlative memoir of survival….Few wartime memoirs convey with such harrowing immediacy the evil of the Nazi genocide.”
—Daily Telegraph (London)

“One Girl’s Story of Survival,” Clara’s War is based on Clara Kramer’s diary of her years spent hiding in an underground bunker with seventeen other people during the Nazi occupation of Poland. In the classic vein of The Diary of Anne Frank—a heart-wrenching and inspiring story of a life lived in fear and cramped quarters—Clara’s War is a true story of the Holocaust as told by a remarkable young girl who lived to bear witness.