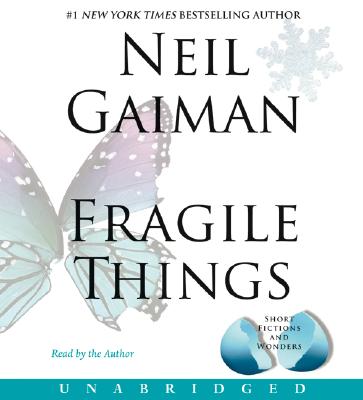 By Neil Gaiman, Neil Gaiman (Read by)
This item is not available for sale on this site.

A mysterious circus terrifies an audience for one extraordinary performance before disappearing into the night, taking one of the spectators along with it . . . In a novella set two years after the events of American Gods, Shadow pays a visit to an ancient Scottish mansion, and finds himself trapped in a game of murder and monsters . . . In a Hugo Award-winning short story set in a strangely altered Victorian England, the great detective Sherlock Holmes must solve a most unsettling royal murder . . . Two teenage boys crash a party and meet the girls of their dreams—and nightmares . . . In a Locus Award-winning tale, the members of an exclusive epicurean club lament that they've eaten everything that can be eaten, with the exception of a legendary, rare, and exceedingly dangerous Egyptian bird . . . Such marvelous creations and more—including a short story set in the world of The Matrix, and others set in the worlds of gothic fiction and children's fiction—can be found in this extraordinary collection, which showcases Gaiman's storytelling brilliance as well as his terrifyingly entertaining dark sense of humor. By turns delightful, disturbing, and diverting, Fragile Things is a gift of literary enchantment from one of the most unique writers of our time.