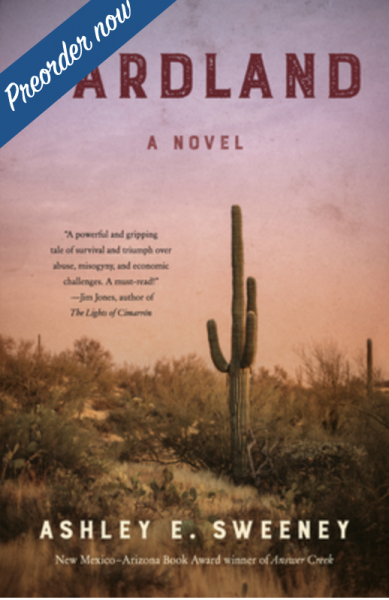 Arizona Territory, 1899. Ruby Fortune faces an untenable choice: murder her abusive husband or continue to live with bruises that never heal. One bullet is all it takes. Once known as “Girl Wonder” on the Wild West circuit, Ruby is now a single mother of four boys in her hometown of Jericho, an end-of-the-world mining town north of Tucson. Here, Ruby opens a roadside inn to make ends meet. Drifters, grifters, con men, and prostitutes plow through the hotel’s doors, and their escapades pepper the local newspaper like buckshot. An affair with an African American miner puts Ruby’s life and livelihood at risk, but she can’t let him go. Not until a trio of disparate characters—her dead husband’s sister, a vindictive shopkeeper, and the local mine owner she once swindled—threaten to ruin her does Ruby face the consequences of her choices; but as usual, she does what she needs to in order to provide for herself and her sons.

Set against the breathtaking beauty of Arizona’s Sonoran Desert and bursting with Wild West imagery, history, suspense, and adventure, Hardland serves up a tough, fast-talking, shoot-from-the-hip heroine who goes to every length to survive and carve out a life for herself and her sons in one of the harshest places in the American West. Ashley E. Sweeney is the award-winning author of Eliza Waite and Answer Creek.

“Ashley E. Sweeney minces few words as she unravels Ruby Fortune’s fate on the early Arizona frontier. Wild west performer, drug addict, ardent lover, mother, and murderer, Ruby’s story is gritty and unabashedly raw. She quickly learns she is sometimes no match for the trials that come her way, but she survives as only she knows how—with her strength, her wit, and her gun. Spellbinding from beginning to end.”

“Ruby’s is a thrilling ride across the hard land of Arizona in the early 1900s as one woman takes on and tames the West. Sweeney’s third novel is a courageous stunner.”

“Smart, savage, and bold as brass, Ruby Fortune’s strength and sense of survival explode from the pages of this portrait painted by master storyteller, Ashley E. Sweeney, using the harsh, historical Arizona Territory as her palette. Through captivating and unsettling events, Ruby’s independent spirit, ingenuity, and sheer guts held me hostage from the first vivid page to the last.”

“Ruby is a difficult woman, in the best way possible. She shoots, she kills, she enjoys lustful sex. She survives. She protects her children and the people she loves. Literature is filled with men like this. But there are very few Rubies. Reading her story, I reveled in her life-force. She is a newly described American archetype.”